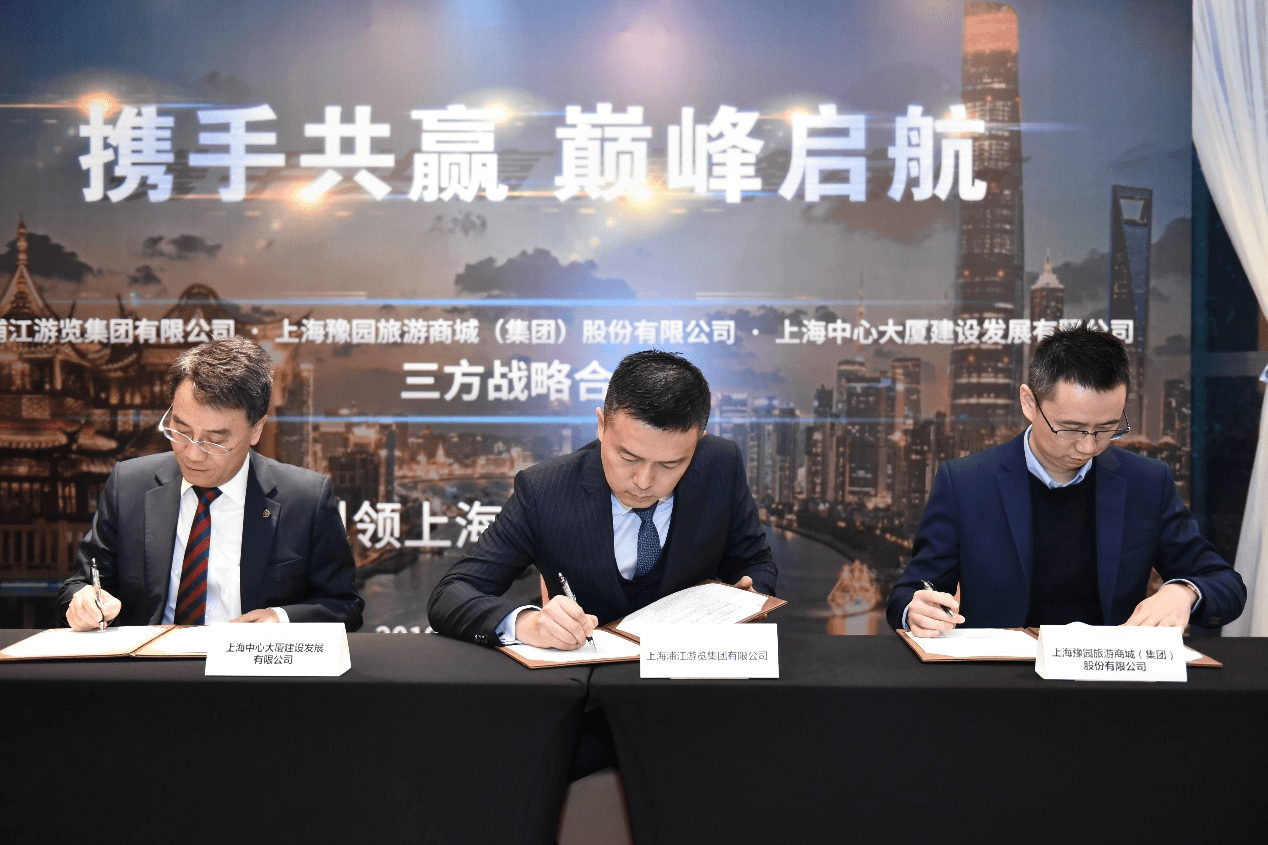 Tourism is a pillar industry that drives economic development and a happiness-related industry that enhances the living quality of people, with high relevance, wide coverage, a long industrial chain and strong driving force. As an important part of the deployment of the Shanghai Municipal Party Committee and Municipal Government, the tourism industry is making its own contribution to Shanghai's accelerated development to be an international cultural center, with the focus placed on developing the Huangpu River Cruise and some other attractions into the world's best tourism projects. With the opening and connection of the 45-kilometer shoreline on both sides of the Huangpu River, Shanghai is making every effort to develop the Huangpu River tourism and recreation area into the top scenic area in China and one of the best in the world. It will plan new routes, new products and new services for the overwater sightseeing with high standards, make plans for the landscape belts, sightseeing areas and service spots along the river, and strengthen waterfront integration. 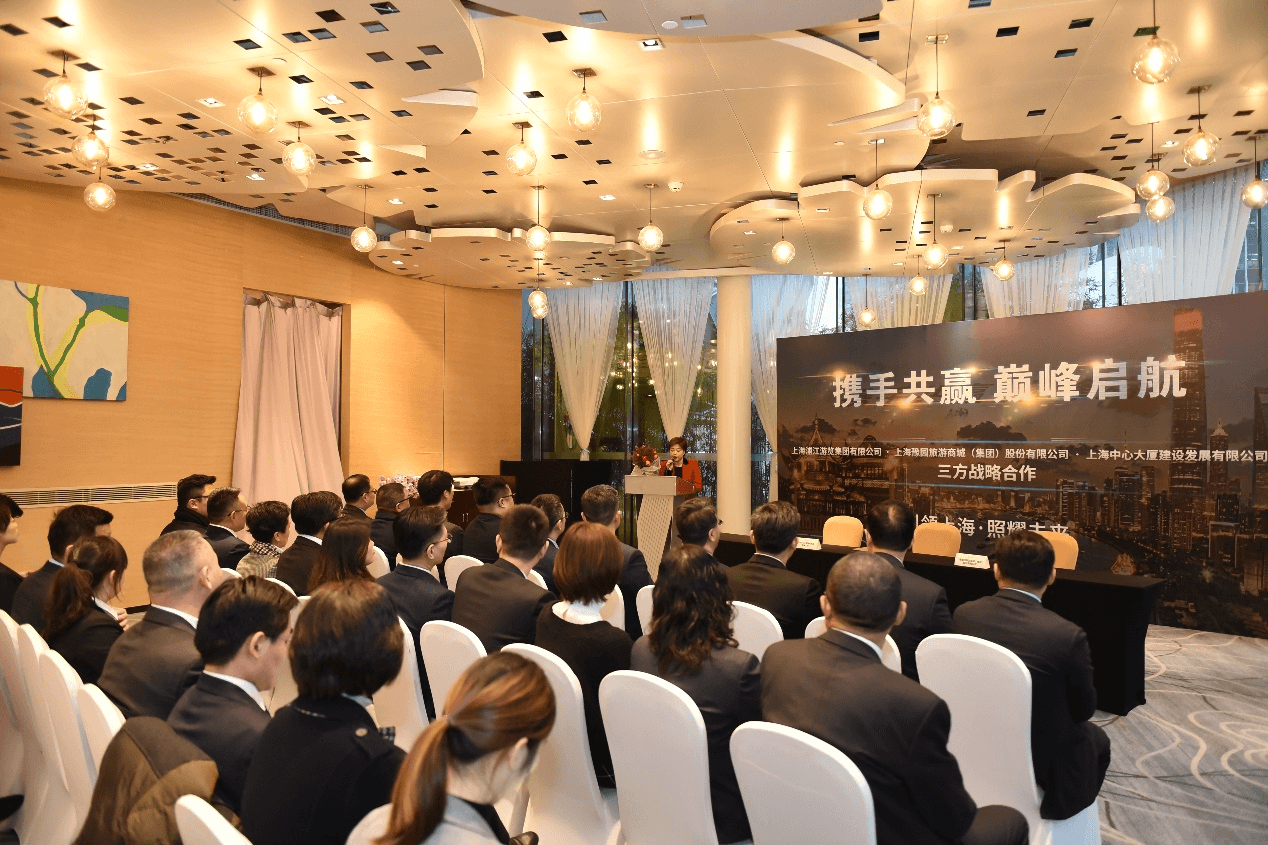 The Yuyuan Tourist Mart sits in the old town of Huangpu in Puxi. Having gathered many time-honored brands and century-old shops of the Shanghai style, it is a signature of Shanghai developed by Yuyuan Inc. In the west, it is next to Xintiandi and the Huaihai Road business circle; in the east, it is close to the Shiliupu Dock and the financial center on the Bund. It has connected Shanghai's classics and fashions, tradition and modernity. Standing on the east bank of the Huangpu River, Shanghai Tower is a new landmark with the Observation Deck at the top of Shanghai and the Exhibition Hall as its windows. It receives more than one million tourists every year and plays the highest note of contemporary landmark tourism. The Huangpu River Cruise Group takes the river and ships as the medium and perfectly connects the characteristic Puxi-Huangpu River-Pudong tourist route, a quite refreshing program. 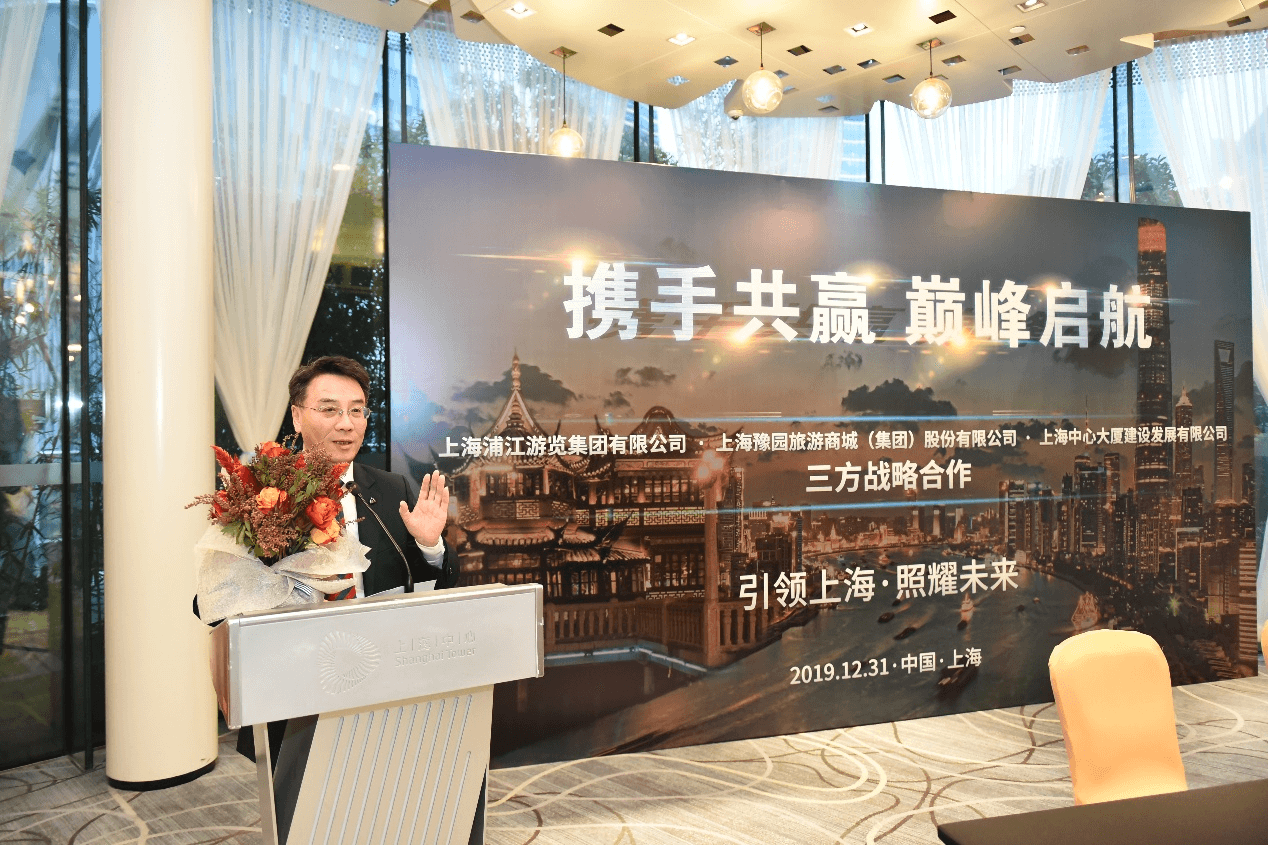 As early as this March, the Shanghai Tower and the Huangpu River Cruise Group had teamed up with Shanghai J.Y. Group and jointly launched the "One-day Panoramic View of Most Typical Shanghai Sights" product, which connects the two most important landmark attractions in Shanghai — Shanghai Tower and Huangpu River Cruise — through the sightseeing buses of Shanghai. The three parties also launched a 24-hour pass that equals the ticket of Shanghai Tower's Observation Deck + the passenger ticket of Huangpu River Cruise + the ticket of sightseeing buses. The preferential "one card for all" takes tourists to all landmark attractions of Shanghai. The addition of Yuyuan Inc. has increased the opportunity of presenting the look of Old Town in Yuyuan, which has witnessed the 700-year history of Shanghai, in Shanghai's characteristic tourist routes and allows tourists to fully experience the charm of Shanghai.

According to the framework agreement for strategic cooperation signed by the three parties, each of them will give full play to their respective advantages in market, brand influence and other resources in the fields of tourism, retail, cultural and creative products, catering and so on, will jointly explore the cooperation modes under the principle of "advantage complementation, win-win cooperation, and waterfront integration", and will carry out in-depth cooperation in the four aspects of ticket combination, cultural and creative product integration, catering services and cooperative promotion. The signing of the tripartite strategic agreement also marks a solid step forward of Shanghai urban tourism in the new layout of waterfront integration of characteristic tourism forms. The three parties expressed their hope to cooperate with more enterprises in the future to further expand the waterfront integration matrix of characteristic tourism products and jointly develop the Huangpu River tourism and recreation area into one of the best scenic areas in the world.

This tripartite alliance will further enhance the radiation of "Shanghai's Services", highlight the good name of "Made in Shanghai", improve the experience of "Shopping in Shanghai", and demonstrate the identity of "Shanghai Culture". With an eye to the future development, the alliance shows promising prospects.