In the 2022 CCTV Spring Festival Gala, there was a special external program. With the Shanghai Tower, the Canton Tower in Guangzhou and other major emerging landmarks as the stages, and the traditional Chinese art of martial arts as the carrier, the program created a breathtaking visual feast, showcasing the charm of the combination of tradition and modernity.

In the program, the shot of Shanghai Tower was very eye-catching. A few actors performed kung fu on a stage set on the roof of the 632-meter Shanghai Tower. The martial arts performance on the clouds was thrilling and exciting, leaving a deep impression on the audience and arousing the interest of numerous people. 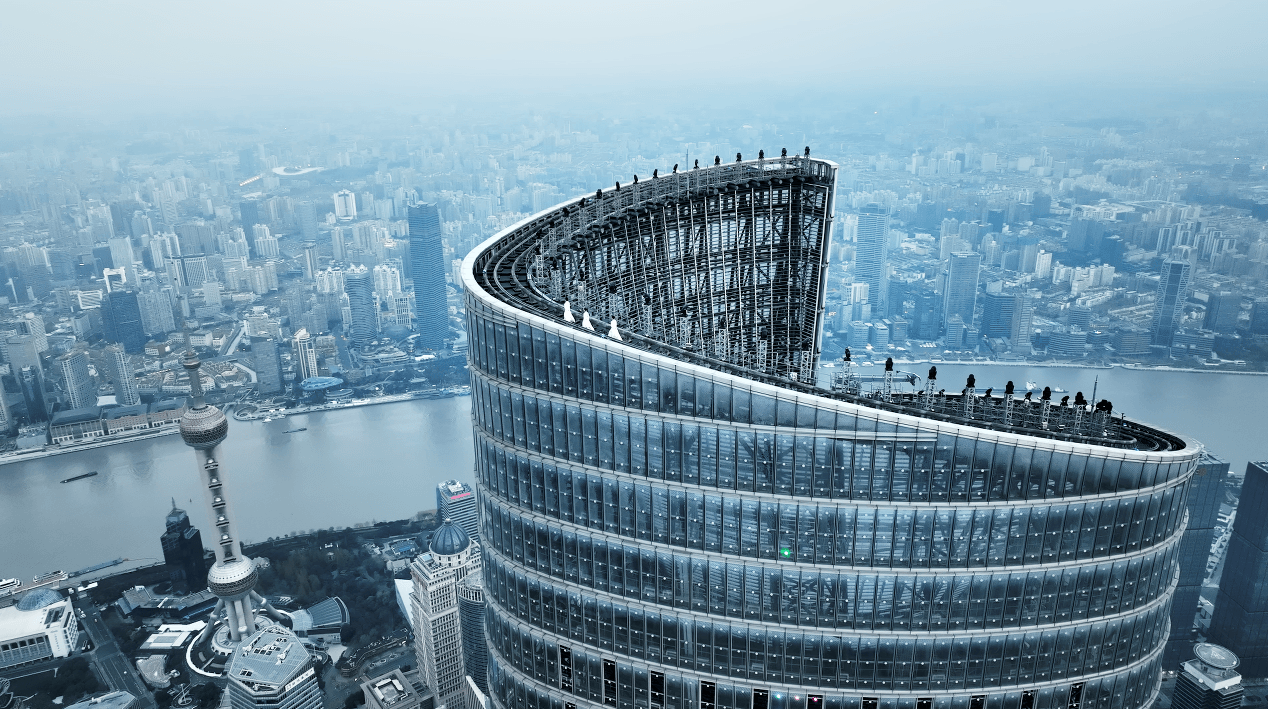 The program was not long, but the few minutes contained the months-long full support and cooperation of the participants: the Chengtou Group, the Shanghai Tower and others. Under the strong support and guidance of the Publicity Department of the Municipal Party Committee, the Publicity Department of Pudong New Area, the Public Security Department, the Emergency Department and other relevant departments and units, the Shanghai Center and the production team of the Spring Festival Gala worked side by side and thought with one accord before completing the beautiful show.

The program was not long, but the few minutes contained the months-long full support and cooperation of the participants: the Chengtou Group, the Shanghai Tower and others. Under the strong support and guidance of the Publicity Department of the Municipal Party Committee, the Publicity Department of Pudong New Area, the Public Security Department, the Emergency Department and other relevant departments and units, the Shanghai Center and the production team of the Spring Festival Gala worked side by side and thought with one accord before completing the beautiful show.

The plan was a huge challenge to the Shanghai Tower. The Shanghai Tower has a vertical height of 632 meters. The weather conditions at the height of 600 meters are more complex than those on the ground, with lower temperatures and stronger wind. In winter it often rains around lower parts of the tower and snows around higher parts. Besides, the potential energy risk of high-altitude operation needed to be evaluated and demonstrated. The roof is not an open flat ground, but covered by tracks of window cleaning machines. With a small area, limited operation space and poor traffic conditions, it can be reached only by climbing a narrow cage ladder.

The Publicity Department of the Municipal Party Committee held a special meeting in late October to discuss about supporting the shooting of CCTV Spring Festival Gala. The people in charge in the Municipal Public Security Bureau, the Municipal Emergency Management Bureau, the Chengtou Group, the District Publicity Department, the Shanghai Tower, the Landscape Department, and the Meteorological Bureau attended the meeting, as well as Yang Maoduo, deputy secretary of the Party Committee and chairman of the Labor Union of the Group.

After the special meeting held by the Publicity Department of the Municipal Party Committee, the executives of the Group attached great importance to it. Jiang Shujie, secretary of the Party Committee and Chairman of the Labor Union of the Group, gave clear instructions on the program shooting at the Shanghai Tower, requiring to cooperate with the CCTV film crew to complete the shooting on the basis of ensuring safety. On October 29, Chen Long, General Manager of Security Department of the Group led a team to the Shanghai Tower. Together with the film crew and the emergency management units of the city, district and sub-district, they had an on-site investigation and held a coordination meeting to clarify the borders and requirements of safety responsibilities of all parties, strengthen communication and interconnection among all parties, and effectively ensure orderly progress of the shooting. On November 18, Ji Qianqian, the chief engineer of the Group, led a team to the tower's crown for investigation, heard a report on the preparation plan for stage construction and gave instructions on security assurance of the shooting.

The Group together with the emergency management departments and units of the city, district and sub-district had multiple on-site investigations and meetings at the Shanghai Tower to evaluate and demonstrate risks of the task, telling the Shanghai Tower to fully predict various risks, refine the on-site construction and the shooting plan, and also consider the effects of stage design and demonstrate the team management capabilities of Shanghai Tower. During the entire process, the Shanghai Tower optimized and adjusted the plan repeatedly and formulated a special emergency support plan according to the instructions of relevant departments and the Group.

At the same time, the production team of Spring Festival Gala was also making constant optimization and adjustment of the shooting plan according to the actual situation before the plan was finalized. But due to several rounds of the epidemics breaking in Shanghai, the original plan of shooting in November had to be changed again and again, and finally postponed to mid-December.

The postponement of the shooting meant a bigger challenge in all aspects, as the weather would be colder and the wind and other weather conditions on the roof would be more complicated. On extreme cold days, the roof might freeze. Such environmental conditions put forward higher requirements for the cooperation work of the Shanghai Tower, but the Shanghai Tower showed no fear for the challenge and lowered no standards. It actively communicated needs of the production team and completed the pre-shooting work with high quality and full quantity, such as setting the stage and increasing lighting equipment.

On December 19, the film crew of the Spring Festival Gala came to Shanghai, where they worked until December 26. During this period, the film crew climbed to the roof of Shanghai Tower 5 times to shoot the program, totaling 78 person-times. The supporting staff of Shanghai Tower in various fields overcame the difficulties of cold weather and shortage of manpower, and made every effort to fulfill all kinds of support: epidemic prevention check, personnel information check and registration, certificate check, safety education for working at heights, disclosure, etc. No steps had been omitted, and no rules had been violated. On the basis of ensuring safety, they gave timely responses and fulfilled all relevant services:

The stage carpet whose color was too dark to present a good stage effect was replaced immediately; the electric capacity of the shooting equipment was expanded on site when it was insufficient; the staff members of the Shanghai Tower kept monitoring safety conditions all the time no matter when the film crew started or completed their work, either 4 a.m. or 7 p.m.; the staff members provided hot water, padded clothes and meals and arranged temporary resting places for the film crew when the temperature plummeted; employees were arranged to measure the wind speed and assess the safety conditions and remind the film crew to timely adjust their shooting plan according to the weather conditions when the wind speed was increasing... With the support of all those services, the shooting task at the Shanghai Tower was completed successfully. 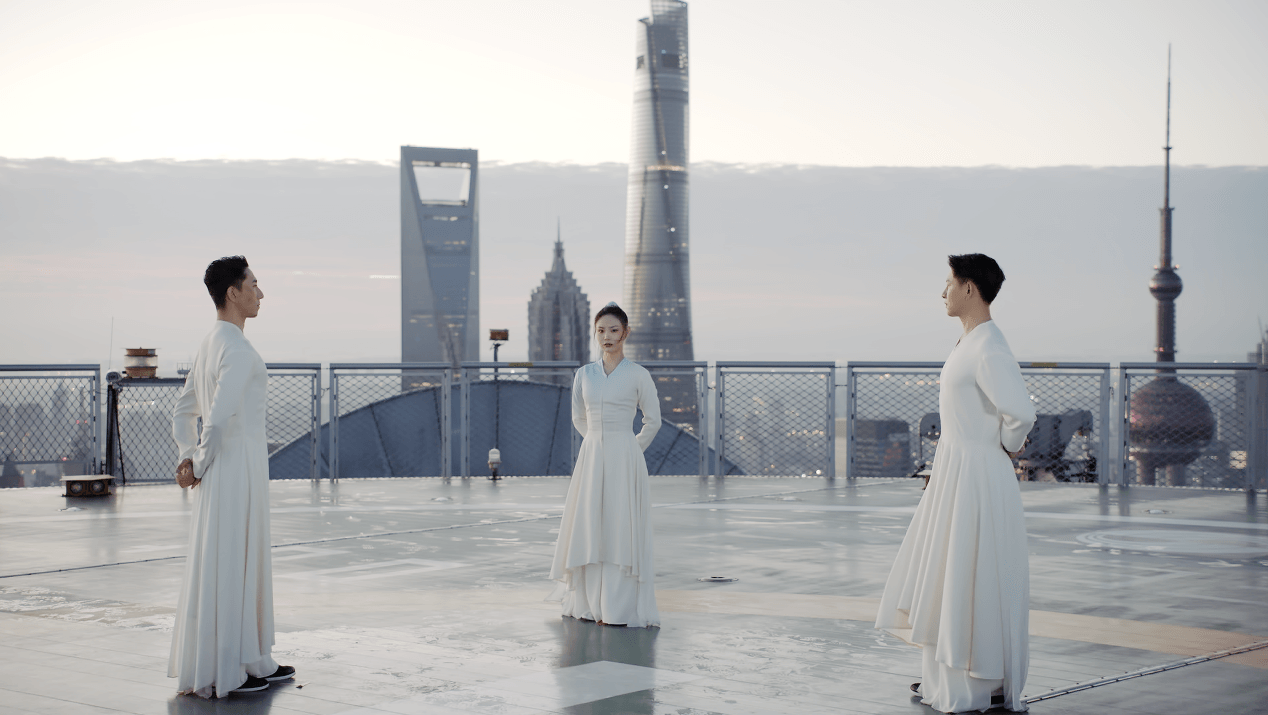