Overlooking Beautiful Sight of Shanghai from the Height of 546 Meters! Observation Deck at the Top of Shanghai Reopens and Welcomes First Group of Visitors 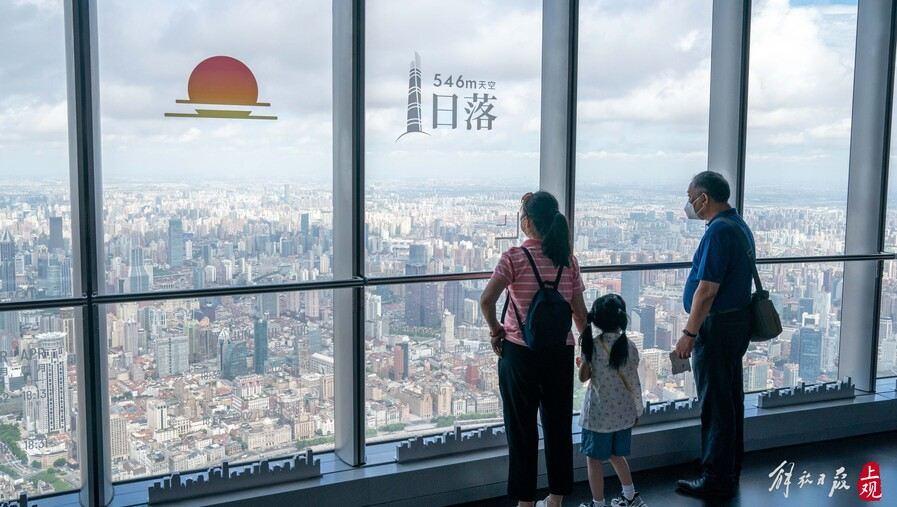 At 8:30 this morning, the Observation Deck at the top of Shanghai reopened officially. Ai Jingbo, a resident of Jing'an District, became the first visitor. In the Observation Deck on the 118th floor at the height of 546 meters, Ai Jingbo raised his mobile phone and took pictures of the Oriental Pearl Tower, the Huangpu River and the distant scenes of Puxi in front of him. "The clouds in the morning are beautiful, perfect for photographing," he said. 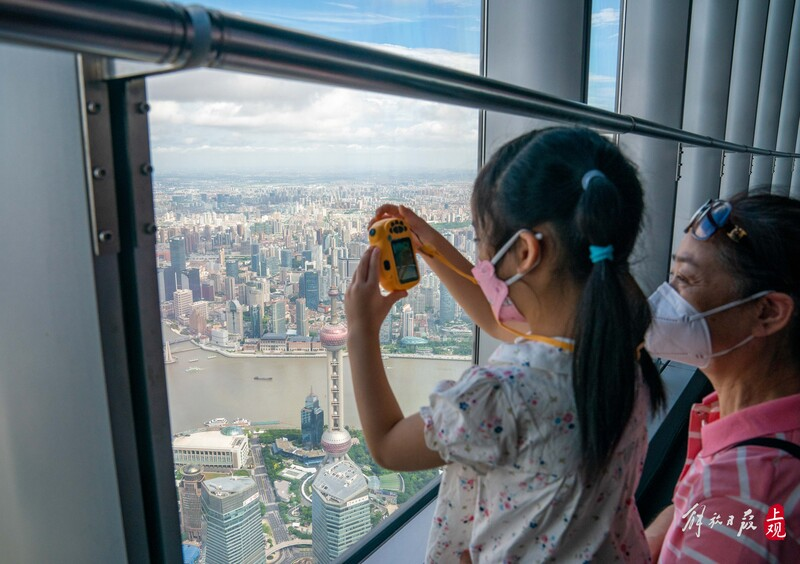 Visitors have arrived successively, and staff of the Observation Deck begin their disinfection operations as required. A staff member carrying a sprayer is disinfecting the environment in the Observation Deck. Two cleaners, with a bottle of disinfectant in one hand and a rag in the other, continuously disinfect key areas, such as handrails, electronic touch screens, elevators and toilets.

Li Qiang, the assistant general manager of Shanghai Tower Business Operation Co., Ltd., said that at the beginning of the resumption of operation, the Observation Deck limited the traffic to 50%, and the high-speed sightseeing elevators able to carry 21 passengers were also limited to carrying 10 passengers each time. Before entering the Observation Deck, all visitors have to experience four steps: presenting the Health QR Code, presenting the 14-day Dynamic Trip Record, scanning the Site QR Code and taking temperature, and the staff will remind visitors to keep their face masks on throughout the visit. Front-line staff of the Observation Deck are required to complete three injections of COVID-19 vaccine, take their temperatures every morning and evening, and take the nucleic acid test once a day. 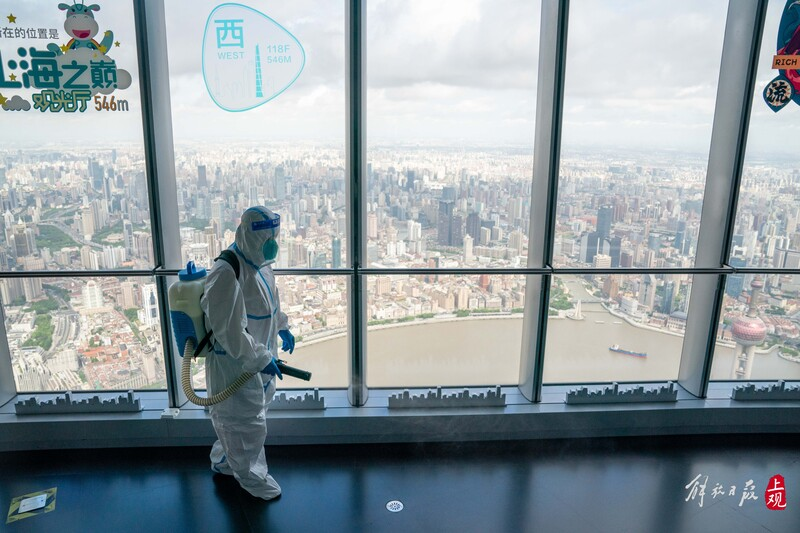 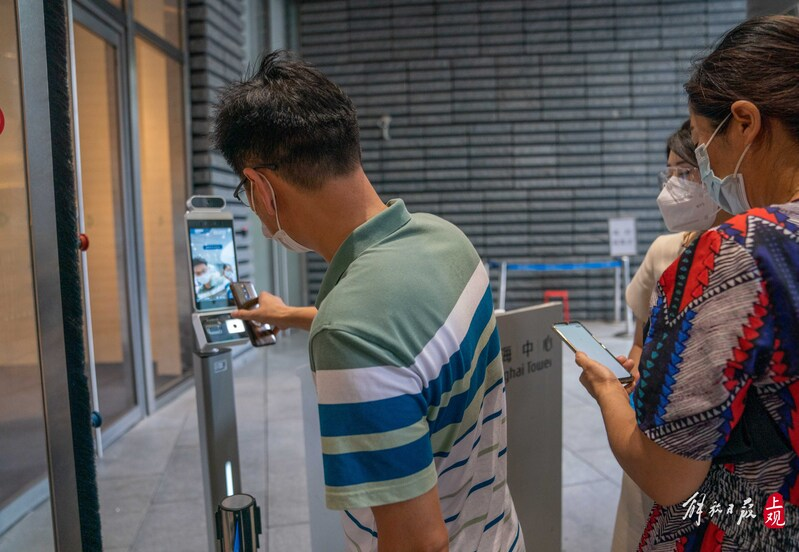 In the reopened Observation Deck at the top of Shanghai, the B1 Preface Hall, the Observation Deck on the 118th Floor, the "Sky632" Art Space and other projects under operation have all been opened. In "SKY632", the world's first immersive interactive light show featuring a damper has resumed its performances. The light show was jointly developed by the Shanghai Tower and the team of renowned artist Sha Xiaolan, director of the Closing Ceremony of 2022 Winter Olympics in Beijing.

Starting today, Shanghai will gradually open all kinds of indoor and outdoor A-level tourist attractions. Four national 5A tourist attractions have been reopened, including the Oriental Pearl Tower, the Shanghai Science & Technology Museum, the Wildlife Park, and the Joint Tourist Attraction of Three Museums of the CPC's First, Second and Fourth National Congresses. Shanghai Happy Valley, Madame Tussauds Shanghai, Chang Feng Ocean World and some others have been opened as well.

At present, there are 134 national A-level tourist attractions in Shanghai. Since June, a growing number of scenic spots have been reopened in a strict and orderly manner following the Guidelines for Prevention and Control of COVID-19 in Shanghai's A-level Tourist Attractions (First Edition 2022). As of July 1, about 80 national A-level tourist attractions have resumed operation in Shanghai. Today, the Huangpu River Cruise has also resumed operation under a traffic limit.

Photos in this article are taken by Meng Yuhan