Sun shines on 2020 at Shanghai Tower 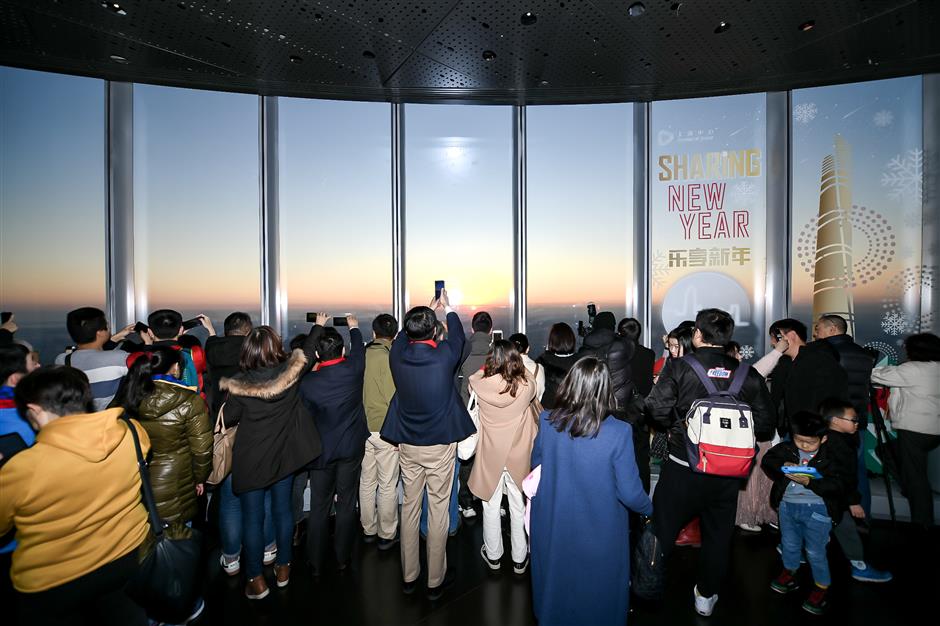 People gathered at “the top of Shanghai” to watch the sun rise to greet the New Year.

This morning, about 200 people took the world’s fastest elevators to the observatory of the 632-meter Shanghai Tower, the tallest building in China and the second tallest in the world.

It took just 55 seconds to get to the observatory on the 118th floor at the height of 546 meters. There, they were treated to a 360-degree view of the city skyline.

Together, they enjoyed the New Year’s sunrise at 6:52am. The rising sun cast a golden hue, and beautiful music was played.